Stumbling around, screeching at the top of their voices, linking arms and singing songs out of tune.  They make you feel uncomfortable as you enjoy a drink and munch on pork scratchings.  You daren’t enter a conversation for fear of a dislike of what you’re saying, thus in turn causing them to become aggressive.  They grope strangers, steal drinks and often tell people to ‘Fuck off’’. There is no reasoning, no logic and no balance.  No, I’m not describing children, but a group of drunken people.  More specifically, drunk women.

A lot of you may be worried that I may be entering into a sexist rant.  I assure you I’m not.  I’m just giving you the facts.  What makes me qualified? Well, I’ve worked in the hospitality trade for the last eight years.  I’ve seen a LOT of people frequenting with alcohol.  I’ve seen the nicest people in the world become the biggest arseholes.  I’ve seen quiet, shy people perform public sexual acts. I’ve seen the most vertical people become nothing more than a horizontal mess.

Many of my peers may agree when I say the majority of the trouble caused is always from an intoxicated female.  What about loutish blokes?  Well, the thing with the blokes is, as a bloke myself, communication is short and sweet.  You tell him what you think.  If he’s done wrong, he’ll pipe down and realise he’s done wrong.  He’ll appreciate the telling off almost.  That’s if he’s a bloke of course.  A man’s man.  There’s bloke code.  You adhere to it or lose respect from your peers.  If, of course, this is lost in translation, then violence can always settle the argument.

With women though it’s a whole new ball game.  First of all, when intoxicated, ALL logic is removed from the situation.  They have no logic.  For example; if they saw a door with a sign marked “Do not enter – a clown will slap you around the face with a fish”.  They would enter, get slapped around the face with a fish and then complain;
“A clown just slapped me ‘round the face with a fish!”
“Did you read the sign?”
“Of course I read the sign!”
“Then why did you enter?”
“Did you not hear what I said? A clown just slapped me ‘round the face with fish!”
And so it ensues until you’ve finally exhausted your repertoire of logical explanations and possible reasons to live.  I mean, would blokes really have that conversation?  No is the answer to that.  Upon receiving the blow from the clown (I still don’t know why I chose this as an example), the male would simply think “Fair enough.  There WAS a sign.” Ahhhh.  Logic. 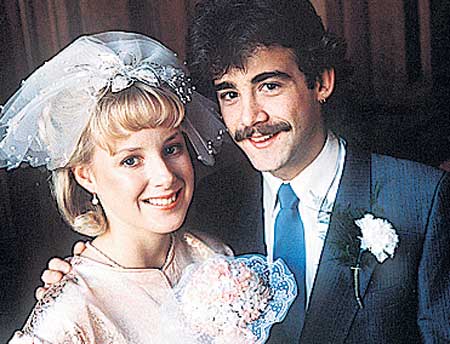 One of the most intriguing experiences of drunk females I had was in one of my former Pubs which used to attract folk of the pretentious variety.  It was a busy Friday night, and due to inadequacies in the kitchen, I had to stop serving food.  Upon telling two females that they would not be able to order food, the more drunk of the two told me – sorry, shouted at me – that this was totally unacceptable as her friend was ‘pregnant’, and that she herself had been ‘Walking all day’.  SERIOUSLY.  What planet are you from?  What has that got to do with me?  I forgot I was meant to plan my whole day around a stranger with more money than sense.  Pretentious nouveau rich North London scum.   If I ever do decide to take on the ill-advised option of mass genocide, then surely taking out these crass excuses for human beings wouldn’t be a bad start.  But that’s a story for another day.

So how do you resolve a conflict with a drunk woman?  The truth is, I’m not sure you can.  Women have seemed to cotton on to the idea – much like a lot of school children – that you cannot physically hit them.  They’ve seemed to realise they can say what they like and get away with it.  And it’s true.  Men have said a lot less worse to me and got a slap.  This seems wholefully unfair.  And while I’d never condone violence, there are a lot of people out there who really do require a slap.  A bit of discipline to help society along a little.  But what can we do?  Well, I propose every building employ a big butch lesbian who can dish out discipline to any tart who thinks she can say or act however she wants. We could do this with schools as well.  With big kids I mean, not big butch lesbians. That would be wrong.   Men take care of the men, women take care of the women, and kids take care of the kids.

As for the drunk women, I have plenty more stories to tell, but quite honestly, I think I’d bore myself talking about them.  But I will say this; drunk women are here, and most importantly the look like our beloved girlfriends, mothers and aunts.  You have been warned. 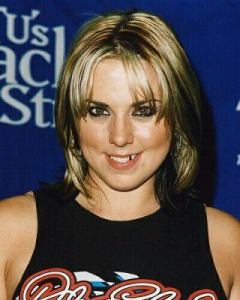