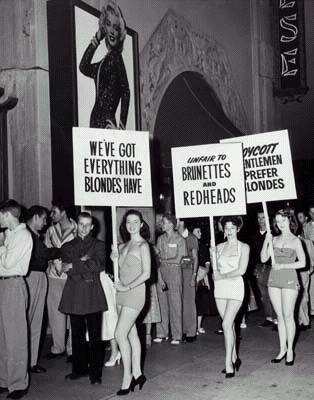 I don’t know what makes me nauseate more; watching Eastenders or the Royal wedding.  Both cost the taxpayers a lot of money.  Both appear in the press far too much.  And both contain an overwhelming number of characters who are related to each other.

Having said that, Eastenders provides a lot more death.  Something I hope the Royal wedding is aspiring to.  Unfortunately the only death will be the democracy of our country.

The Police are thinking about (I never know what this means) introducing Anti-Terror laws to stop people protesting at ‘Ze Wedding’.  Oh brilliant, just when I thought the fascists had finally got the hint and fucked off, they emerge all batons blazing.

I could kind of understand it if this wedding was privately funded, but it ain’t.  The taxpayers are funding it.  That’s me, you, the bloke who works in Tesco, the busty girl who serves beer, the nurse who took your urine sample, the Traffic Warden who hides behind walls and stalks drivers who leave their cars unattended for half a second and the Policeman beating you to death with a baton.

We all fund the Royal Wedding.  It’s funny though; I can’t really think how this is benefitting me, my life or the lives of those around me.  Some might say it’s a complete waste of money.  I, however, think it only to be a waste of money if we don’t take the opportunity, whilst all those Royal inbreeds and hangers-on are all in one place, to protest how much we really don’t give a fuck about them.  I’m not saying Prince Baldy and his missus shouldn’t get married.  They can get married as much as they like.  Just not with our money.  Money that could be put into the most important things to progress our society; Education and Healthcare.  How sickening is it that at a time of national financial crisis, when people who have served our communities are losing their jobs on mass, the posh folk decide to throw a Royal hoo-hah.  I mean, even for inbred folk, that’s pretty dumb.

How can you not expect a protest?  It’s like doing a collection for a Dialysis machine only to spend the well-received money on a big fluffy bouncy castle that only friends with vast amounts of money can play on.  Or being sent up the shop with someone’s last ten pound note and the instructions to get food to last the week, only to return with a big bag of balloons.  And just so you know, you can’t eat balloons.

Now I’m distracting myself.  I’m not sure even if those analogies work.  But you get the drift;  They’re rich.  We’re poor.  We have to pay for the wedding.  Upper class people are inbred. Wills is bald.  Kate’s dad is super-rich and can afford to pay for the wedding alongside Charlie.  And, oh yeah, the Police are going to suppress the protesting people who – without choice – funded this whole show of pomposity and lack of taste.  Fantastic.  But it’s okay, because the Tories are in power and they really care about our welfare.

Just in case you haven’t guessed, I have now moved onto Eastenders.  Just as I hate the posh Royal wankers and their cardboard wedding, I equally hate Eastenders.  In fact if you asked me today to rid the world of two things, I would probably say the upper classes and BBCs Eastenders.  Both as bad as one another.  Although there certainly is a lot more shouting in Eastenders.  Actually, that’s all they do.  Shout and be over dramatic.  It depresses me that my girlfriend Hannah – an intelligent, creative and forward-thinking human being – actually sits down to watch this shit.  And that’s what it is.  Shit.

Now I’m not a big TV watcher but I’ve never experienced the blanket of depression and doom and gloom like the one that comes free with every transmission of Eastenders.  It’s amazing.  Test it out.  Walk in on any room which has BBC’s favourite soap blasting its visual waves onto it.  It’s like death is sitting there with you devouring the souls of your loved ones as you look on in horror powerless to stop the lives being sucked from them.  Watching the news coverage of people being massacred has more uplifting overtones.

On that note, my hands are cold and I’m bored of writing.  I’m thinking about starting a protest on Royal wedding day.  But protesting about Eastenders instead.  Does this mean that the police wouldn’t have any grounds to beat me to death?  What am I talking about – I guarantee more of them watch Eastenders than support the Royal wedding.